Note: Last three images show the bottom half of the center core returning to port aboard the drone ship 7 days after launch. In heavy seas, the booster toppled over and the top half was cut off to save the engines housed in the lower portion.

Launch photos taken from the Saturn 5 Center - a distance of about 4 miles, while the landing was about 11 miles away.
© Dennis Huff 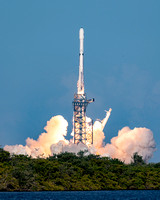 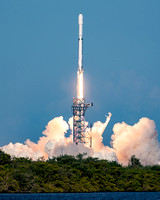 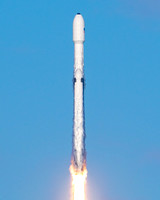 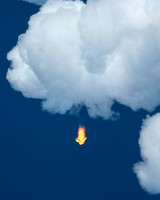 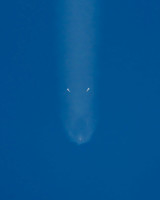 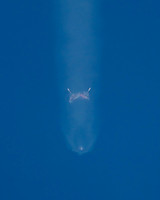 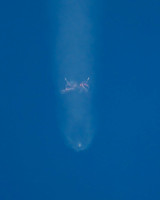 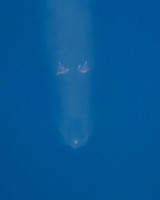 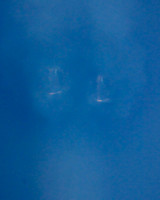 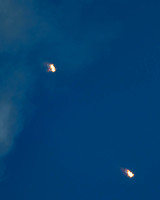 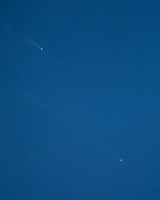 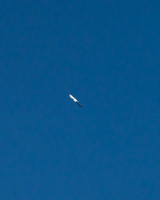 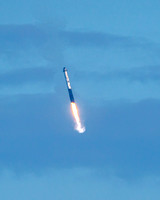 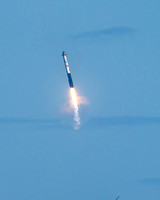 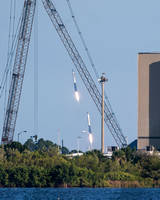 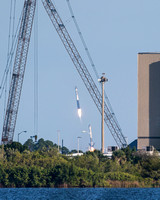