The unmanned capsule was a test intended to demonstrate Crew Dragon’s ability to reliably carry crew to safety in the unlikely event of an emergency on ascent. SpaceX configured Crew Dragon to trigger a launch escape about 1.5 minutes after liftoff. All major functions were executed, including separation, engine firings, parachute deployment and landing.

Crew Dragon splashed down at 10:38 a.m. about 20 miles off the Florida coast in the Atlantic Ocean.

Photos taken from the Exploration Tower, about 11 miles from the launch pad.
© Dennis Huff 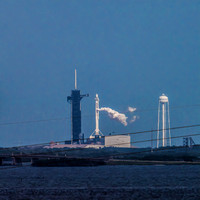 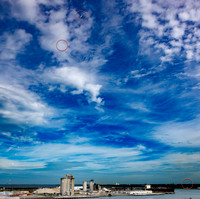