It was a beautiful launch but a little over 2 minutes into flight, the Falcon 9 and Dragon cargo ship was lost when it appeared to explode in a ball of debris. Preliminary assessment is that there was an overpressure event in the upper stage liquid oxygen tank.

It's a bad day for SpaceX, the Space Coast and space flight in general.

Photos taken from NASA Causeway; a distance of about 4 miles.

UPDATE: From Florida Today: "Teams were studying more than 3,000 channels of data recovered from the rocket and its Dragon capsule, which separated from the rocket (visible in photos 15-19) and continued to transmit telemetry for a period of time after the rocket disintegrated."
© Dennis Huff 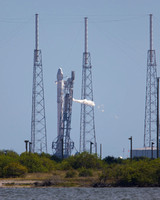 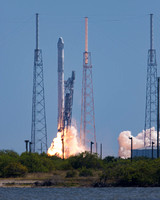 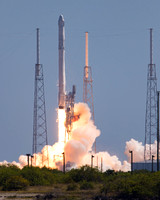 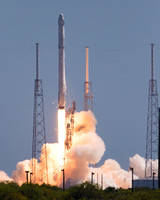 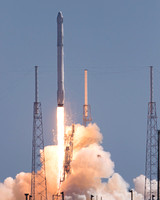 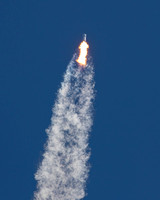 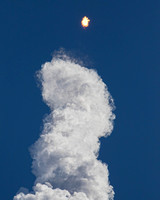