The 10:14 p.m. EDT liftoff from Kennedy Space Center’s pad 39A, delayed by more than three hours due to strong upper-level winds, took 52 of the flat-packed satellites to low-Earth orbit 15 minutes later. In between, the Falcon 9 rocket’s first stage booster successfully landed on a drone ship and marked the company’s 135th recovery.

Tuesday’s flight marked the third launch of August and 35th of the year for the Space Coast. It also means SpaceX has crossed the 3,000-satellite mark for Starlink, a constellation of internet satellites that still needs thousands more to provide even, worldwide coverage. The service costs between $110 and $500 a month depending on whether or not users opt for premium options.

When it comes to maintaining the current launch cadence, Tuesday’s launch shows just how dependent the Space Coast is on SpaceX’s internet constellation: of the 35 flights this year, nearly half – 17 – have been dedicated to Starlink. Without them, projections of flying more than 50 times in a year would take a back seat until other missions and launch providers, like Relativity Space and Blue Origin, come online.

Next up on the range is SpaceX. The company is tentatively targeting mid-to-late August for its next launch, which will take yet another batch of Starlink satellites to orbit. Cape Canaveral Space Force Station’s Launch Complex 40 will host.

Following that is the big show: NASA’s Artemis I. That mission will see the debut of the massive Space Launch System rocket and Orion capsule, which will fly uncrewed on a trip to the moon and back. Liftoff of the 322-foot rocket from KSC’s pad 39B is set for 8:33 a.m. EDT Monday, Aug. 29.
© Dennis Huff 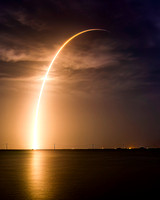 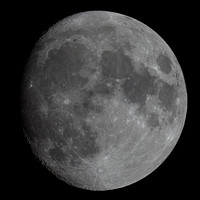