Created 13-Oct-17
Modified 2-Nov-20
Visitors 11
18 photos
October 11, 2017 - A SpaceX Falcon 9 rocket launched from Kennedy Space Center's SLC-39A with the SES-11/EchoStar 105 hybrid communications satellite. As SES-11, the spacecraft’s C-band capacity will provide replacement capacity for SES of Luxembourg for AMC-18. EchoStar Corp. of Englewood, Colorado, will market the Ku-Band transponder capacity, with coverage of the 50 U.S. states, the Gulf of Mexico and the Caribbean, as EchoStar 105.

Launch photos taken from the Exploration Tower area at the port - about 14 miles from launch pad 39A.
© Dennis Huff 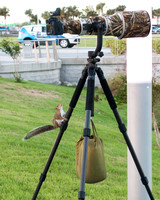 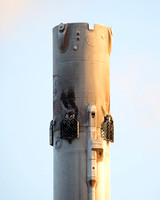