The two side boosters returned to Cape Canaveral Air force Station and landed successfully. The center booster that was to land offshore on a drone ship, malfunctioned and was destroyed when it hit the water at 300mph.

Photos taken from the Saturn 5 Center - a distance of about 4 miles.
© Dennis Huff 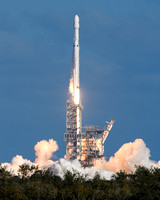 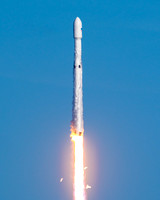 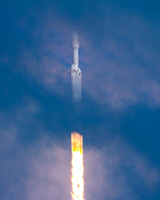 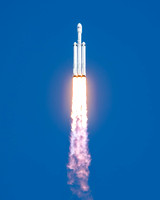